The fabrication of decimal systems, elliptical integrals, the Riemann series, etc. that are used to study by students and applicable even now are some excellent works of Ramanujan. Keep reading to know more about the extraordinary Ramanujan.

Srinivas Ramanujan was born on December 22, 1887, in Madras. Ramanujan had a tough childhood. His father used to work as a simple clerk in a sari store. His mother was a homemaker. She also used to sing at a regional temple. Ramanujan lost his three-month brother when he was one and half years old and left his family in suffering.

Ramanujan’s excellence was visible since his childhood. He got the best marks in his primary school in the whole district of Kumbakonam when he was only 10 years old. He was equally excellent in his higher secondary school. At the age of 11, Ramanujan achieved more knowledge in mathematics than a usual college student. At the age of 15, he developed several methods on his own to solve various math difficulties. He was awarded the Ranganatha Rao prize for his excellent knowledge of mathematics in his higher secondary school.

These small achievements of Ramanujan highlighted that coming event cast their shadows before. After this, Ramanujan went through many struggles to achieve the best mathematician title.

The emergent but problematic career of Ramanujan…

Ramanujan used to get sick all the time since his childhood. But he never made his sickness an excuse. R.Ramachandra Rao, the secretary of the Indian Mathematical Society provided Ramanujan, the first financial help to pursue his research in the field of mathematics.

Ramanujan’s very first work was disclosed in the Journal of the Indian Mathematical Society in which he asked one question that nobody was able to solve. Later on, Ramanujan solved it by himself and published it again.

Ramanujan got his first job at a salary of only Rs.20 at the Accountant General’s Office. Later on, Ramanujan, because of his terrific work, was called by Hardy to Cambridge and spent 5 years working with Hardy. Ramanujan returned in 1919 and died at the age of 32 in 1920 due to his illness.

Success in the field of Mathematics…

Ramanujan’s one of greatest achievements was the discovery of infinite series for pie. He achieved 39,000 results in Mathematics. His outstanding work in the field of Mathematics includes the formation of:

There are more than the above-mentioned work of Ramanujan which was incomplete and later on completed and proved by other mathematicians. Ramanujan has indeed won one’s spurs when it comes to contributions in Mathematics. Hardy compared Ramanujan with the great mathematicians Jacobi and Euler. His work is still saturating the modern fields of mathematics and physics. 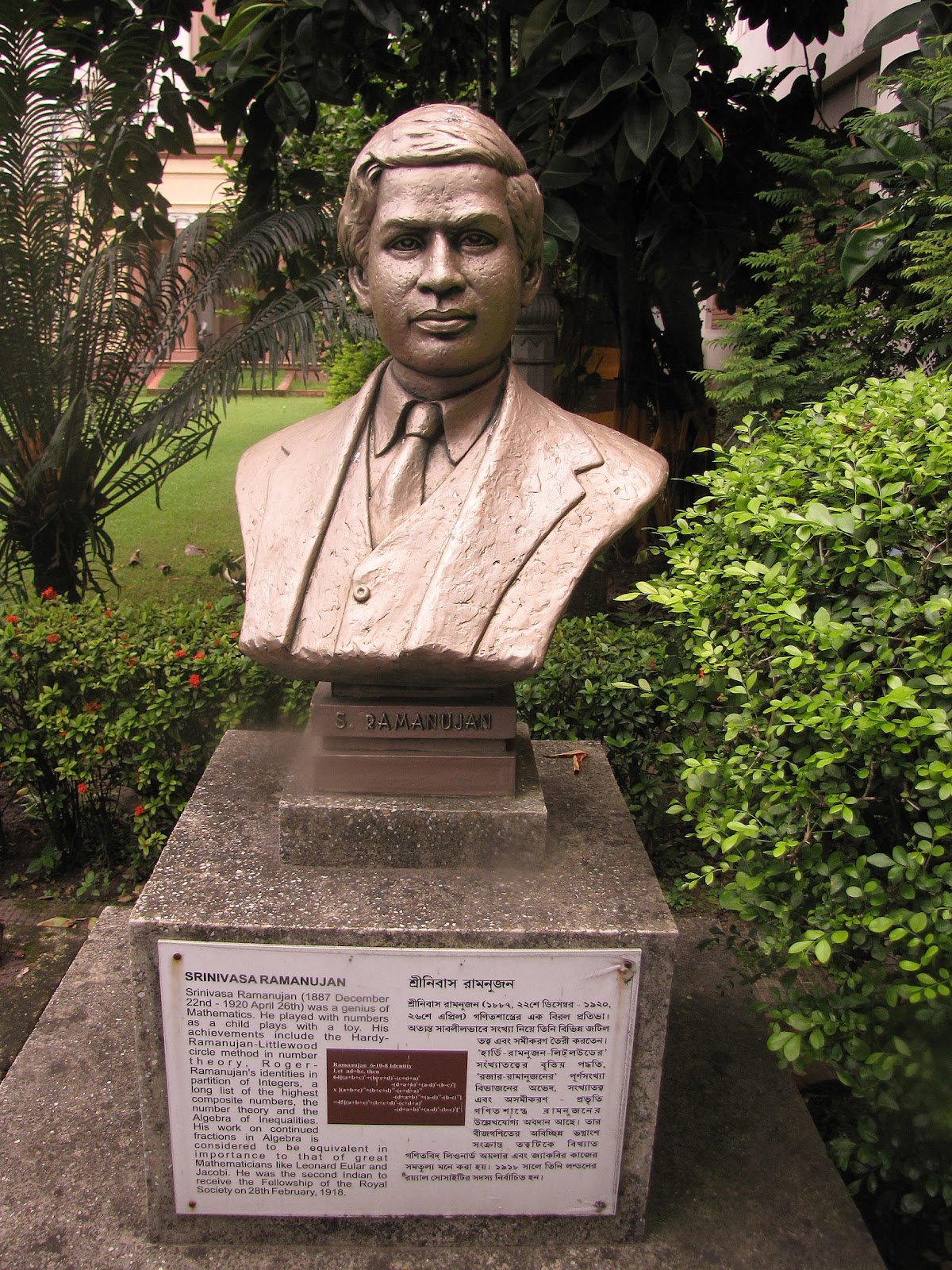 Bust of Ramanujan in Birla Industrial and Technological Museum, Kolkata, India to memorize the great Ramanujan.

Hence, this was all about Ramanujan and his life. He achieved what he wanted to do in his life. His dedication and efforts are an inspiration to the young generation. We should remember him and praise the contribution of Ramanujan. Ramanujan made India proud through his deeds.