Social integration has been the part and parcel of human beings since forever without which human existence is next to impossible. 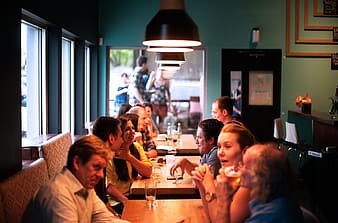 Social interaction is a need of humans.

Although it’s crucial for living, the interaction requires the effort to act.

A report published in the ‘Nature Neuroscience Journal’ on December 7, 2021, is trying to prove some relationship between this effort and the interactive mindset of humans.

A team of researchers from the University of Geneva(Switzerland) have studied the neurobiological mechanisms to conclude that dopaminergic neurons get activated due to the motivation of indulging with the society around humans.

The University which has experimented

The study result will help the researchers to review physiologically the possible dysfunctions of these neurons in the diseases which affect social interactions like depression, autism or schizophrenia.

How was the experiment done?

Social interaction is an indispensable part of our day-to-day life but the act requires will and effort. So what is the need for interaction? Why do we feel the urge to interact socially? What is the mechanism behind this impulse?

To answer the above questions, a team from the University of Geneve(UNIGE) and a member of the National Center of Competence in Research (NCCR) Synapsy, decided to experiment with mice and record their brain’s reactions to understand the human response.

The experiment partner of UNIGE

According to professor Camilla Bellone at the Department of Basic Neuroscience at the UNIGE Faculty of Medicine and the director of the NCCR Synapsy, the mice were taught to enter contact with their fellow mouse to observe which neutrons got activated during social gatherings.

Two mice were separated in the compartment by a door. They established social contact through a grid when the first mouse pressed a lever.

Two mice were used for the experiment.

Clement Solie, a researcher in the team of Camilla Bellone explained that as the experiment progressed the mouse had understood that by pressing the lever it would be able to join his fellow mouse and hence they could then observe and measure the effort mice were inclined to make to interact with each other.

Camille Ballone reported that the two mice had their dopaminergic neurons activated due to their interaction with each other. The neurons produce the Dopamine called the ‘pleasure molecule’ which is significant for several motivated manners.

The dopaminergic neurons are located within the reward system.

Another interesting point to be observed is that during the initial sessions when the mice interact, the neurons are activated but as soon as the mouse learns the coalition between the lever press and the interaction, the dopaminergic neurons precede the reward.

Similarly, if the mouse pressed the lever and the door didn’t open a sudden drop in the activity of the neurons was observed which indicated the disappointment of the mouse.

How will this result be harnessed?

Scientists can now use this experiment’s results to understand the social dysfunctional issues and social motivation deficits seen in some patients with psychiatric disorders like autism, schizophrenia or depression.

These neurological diseases need our support and treatment.

The researchers can now understand the issues are a result of the dysfunctions in the reward system and the level of dopaminergic neurons. These results can also be crucial in the exploration for a treatment for the aforementioned diseases by targeting the neurons.