Seeds From A Female Plant- Erakina

Feminized seeds produce only female plants, and when they germinate there will be few males among them if they are produced correctly. The threat of accidentally pollinating crops by misidentifying a male is minimized. A male-free crop is only one reason to use all-female seeds: another might be the preservation of a particular characteristic or plant type. 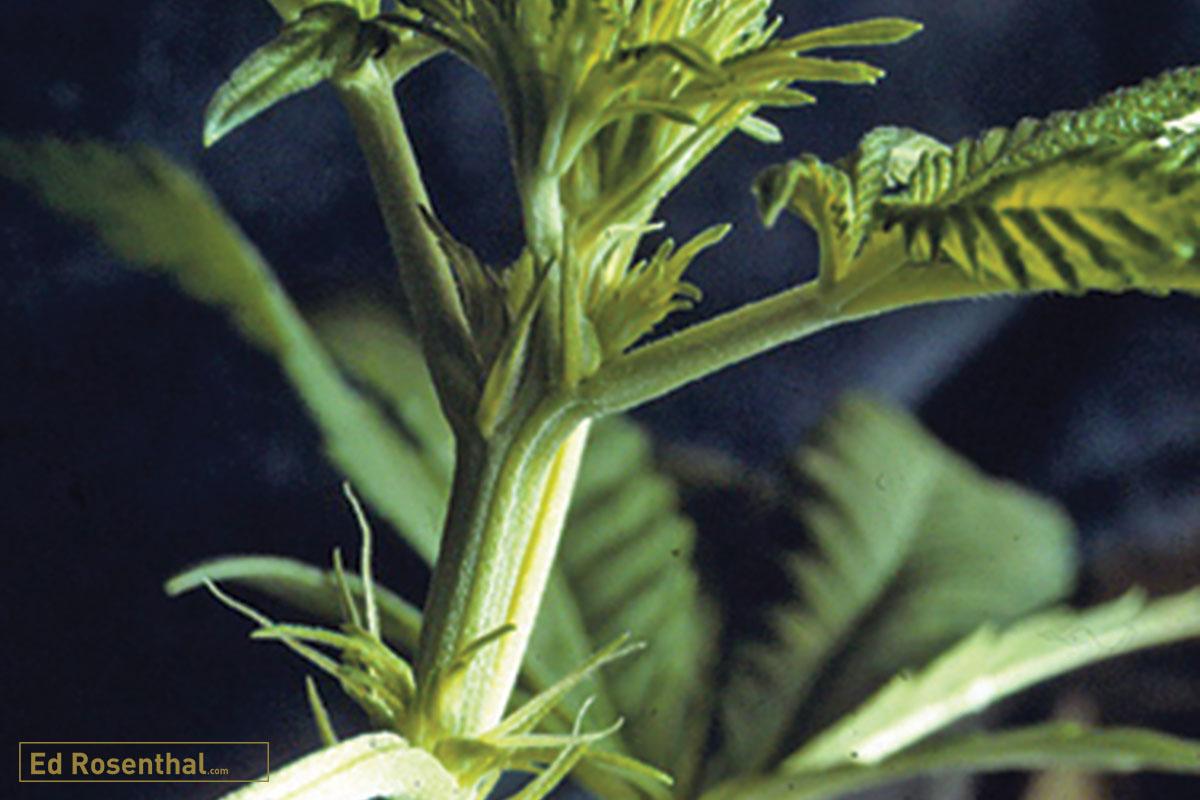 The predominant way to preserve the exact genetics of a plant is by cloning. However, a plant crossed with itself produces seeds that retain its parent’s favourable characteristics. Another reason to use this technique is to create a hybrid of two female plants. If a branch of one female is turned “male,” there will be pollen to fertilize the other plant, and to create seed when no male is around. Feminized seeds are produced by inducing a normal female, not a hermaphrodite, to grow male flowers with viable pollen.

It is usually best to assume a female/male ratio of 50:50. Therefore, germinate twice as many seeds as you intend to grow. In practice, the natural female/male ratio is more like 65:35. This is because cannabis spreads its pollen through the air, without the need for pollinating insects, and therefore requires fewer males than females.

Particularly difficult (low temperature and humidity) or stressful conditions during the early part of a plant’s life may marginally increase the chance of the plant becoming male or hermaphrodite.

Beyond the fact that male cannabis plants produce pollen sacs instead of flowers, having males plants around female plants can ruin an entire harvest. That’s because male plants pollinate the buds of young female plants. When that happens, the flowers will be full of seeds, lowering their quality and value. 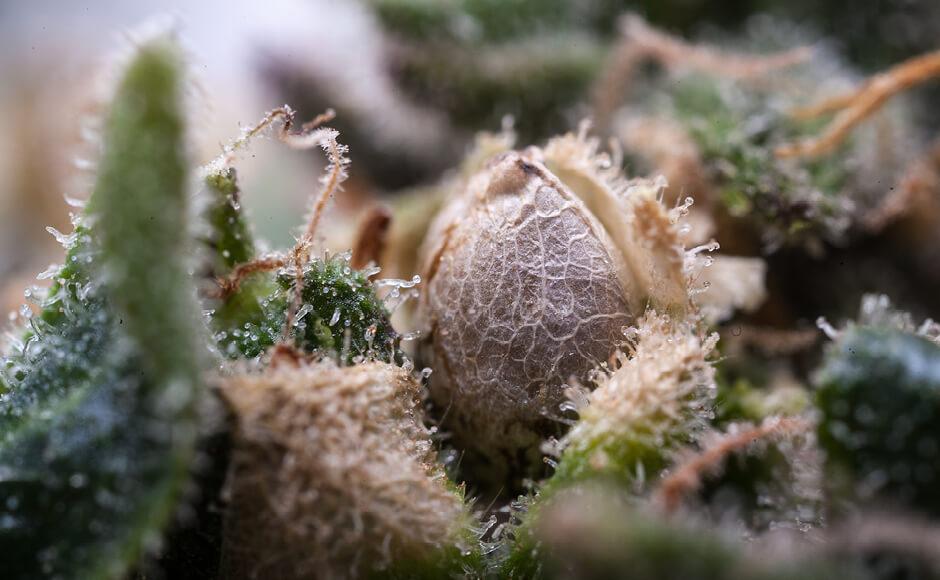 A close up of seeds in feminized cannabis buds

Breeders and growers developed feminized cannabis seeds to address these challenges. By increasing the likelihood that all your seeds will produce female plants, you eliminate the possibility of getting a male plant that won’t produce flowers and of having a male plant accidentally pollinate flower-bearing female plants.

How are marijuana seeds feminized?

Feminized cannabis seeds are created through a process of genetic manipulation. Essentially, the idea is to induce female plants to make pollen. Normally, only male plants produce pollen, but if you can somehow make a female plant produce pollen, then what you’ve got is pollen containing only female chromosomes. There are a few ways to make this happen:

Spray a female plant with colloidal silver while it grows and transitions into the flowering phase. This chemical promotes the growth of pollen sacs, and because this pollen comes from a female plant it carries female chromosomes. After the plant starts producing pollen, use it to pollinate the flowers on a regular female cannabis plant. These pollinated flowers will produce feminized seeds. There are some reports online that say you shouldn’t smoke or otherwise consume any part of a plant that’s been sprayed with colloidal silver. And there are also reports saying that’s baloney. You’ll need to decide for yourself.

In a process very similar to the colloidal silver method, spray a young female cannabis plant with silver thiosulfate. This chemical suppresses the production of ethylene, which is necessary to the flowering process. By feeding your female plant silver thiosulfate, you encourage the plant to produce pollen, which can be used to pollinate other female plants and produce feminized cannabis seeds.

The third main method is known as “rodelization.” This is an all-natural technique, although it does not produce the desired outcome as consistently as the colloidal silver or silver thiosulfate methods. Rodelization takes advantage of a natural process in which an unpollinated female plant will sometimes organically sprout its own pollen sacs. Think of it as the plant’s last-ditch effort to reproduce. In this method, you force a female plant to remain in the flowering phase for so long that the plant’s self-pollination mechanism kicks in. When this happens, you can use the pollen created by the female plant to pollinate the flowers on a regular female plant, which will then produce feminized seeds.

Are regular seeds better than feminized?

Growing cannabis is all about your goals and preferences. There is no inherent reason why regular female marijuana seeds would be considered better than feminized seeds. With that said, feminized seeds:

In many ways, feminized seeds can be a good option for new growers, as they eliminate some guesswork and reduce the pressure to quickly and accurately identify and eradicate unwanted male plants. However, there are no guarantees and new growers should still do their homework and know how to spot a male cannabis plant.